I’m very attracted to things that are not good for me. Not driving cars off bridges or anything like that, but watching trashy soaps and listening to true crime podcasts. I’ve eaten badly out-of-date chocolate with gusto because I thought it would be bad for me. Actually, I was hosting a children’s party and I found the chocolate bar in an old handbag. The children were being naughty and I was annoyed and didn’t want to share it so I stood in the hall cupboard and ate bad, oily chocolate and laughed so hard at myself that a big bit dropped out of the side of my mouth.

That’s the way I love true crime podcasts. Over the past few years I’ve spent countless hours folding laundry, walking through airports, shopping for toilet roll with headphones in and all the while I’m simultaneously engaged in the wildest true crime stories, told by a small intimate voice whispering in my ear. I’ve noticed that the ones that really appeal to me are the single-voice narration, the ones that feel as if a friend is leaning over my shoulder telling me an amazing OMG!-You’ll-never-believe-it story.

To be honest reading is my real, true love but when I need my eyes and hands for other things, when I’m cycling or shopping, I’m always listing to them. Crime podcasts can make even the most banal task exciting.

And there is something really special about the delivery method of a podcast. It’s a story listened to alone, whispered in the ear while doing something else. It’s intimate, solitary, and because it’s true crime, there’s no pressure to understand it or stay onto the end.

There’s an episode of ‘This American Life’ (No. 492 Dr Gilmore and Mr Hyde) about a doctor who started his new job and discovered that the doctor he was replacing had the same name as him, was beloved by his patients and had abruptly gone rogue and murdered his own father, chopping all of his fingers off and leaving him by the side of the road. The doctor began to visit him in prison and tried to work out what on earth happened. I listened to that one walking around Berlin in the fog. They’ve repeated it a few times and whenever I hear the start of it I can see those images of that foggy night, recall the atmosphere of the city and that exact moment in my life.

As someone who has read a lot of it and written some of it, there is something really special about true crime. Fiction has to make sense and arrive at conclusions but truth can be ridiculous, unbelievable, people can do things that are stupid or out of character or turn out not to be who we thought they were at all. These are very hard things to do in fiction.

True crime podcasts have all the aspects of crime writing that I love: compelling stories, hanging questions, they’re often shocking.

I suspect that the first podcasters thought they would shape the world and educate us all about history and politics and engineering. Early podcasts tended to be about obscure issues and go long. Dan Carlin’s ‘Blueprint of Armageddon’ is an almost 20-hour-long history of the First World War. It’s absolutely brilliant (I loved it!), not for everyone but I’m sure that’s what podcasters thought they would be making. But true crime consistently dominates podcast charts.

It has everything: high stakes, twists, pay-offs and it’s a low art form, consumed by an audience with a strong sense that if they’re not enjoying it, it’s because it’s bad, not because they’re failing to understand it.

For many people the phenomenon began in 2014 when ‘This American Life’, a serious and thoughtful magazine programme, produced a spin-off series. ‘Serial’ which investigated the murder of high-school student Hae Min Lee in Baltimore in 1999 and the conviction of Adnan Syed. ‘Serial’ was a gateway drug for a lot of listeners and podcasters filled the void. There are now so many true crime podcasts that they fill the charts. CrimeCon festivals are springing up all over the world. They’re starting to be taken seriously, to be commodified, to be made by professional broadcasters. They’re becoming respectable.

But some of us are still eating them up, in a dark cupboard, neglecting visiting children and laughing as bits of podcast fall from our mouths to the dirty floor.

Take a look at our pick of the best true crime podcasts here.

Read an extract from Conviction by Denise Mina. 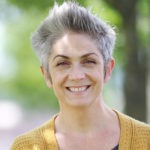 Denise Mina is the author of the Garnethill trilogy, the Paddy Meehan series and the Alex Morrow series. She has won the Theakston Old Peculier Crime Novel of the Year Award twice and was inducted into the Crime Writers’ Association Hall of Fame in 2014. The Long Drop won the McIlvanney Prize for Scottish Crime Book of the Year and the Gordon Burn Prize. Denise has also written plays and graphic novels, and presented television and radio programmes. Conviction is her latest novel.