We’ve pulled together all the biggest books hitting the shelves this month – and boy, oh boy, are we in for a treat. With brand new Frieda Klein and DCI Banks novels heading our way, as well as hugely anticipated new page turners from Shari Lapena, Claire Douglas and Lisa Jewell, our reading pile really is getting out of hand.

Which new releases will you be picking up first?

The best books out in July: A Stranger in the House by Shari Lapena – 27 July
Fans of Richard and Judy book club pick The Couple Next Door won’t want to miss Shari Lapena’s hotly anticipated second novel when it hits the shelves this month. Once again, Shari takes us behind closed doors into an ordinary home to see what happens when disaster strikes. This is a twisty and addictive domestic thriller that will grip you from start to finish. Read the first chapter here.

Then She Was Gone by Lisa Jewell – 27 July
There’s no doubt about it – Lisa Jewell’s books just keep getting better and better. If, like us, you couldn’t put down I Found You then make sure Then She Was Gone is at the top of your reading list this summer. It’s an absolutely compulsive read, full of brilliant, believable characters, that will have you turning the pages long into the night. Read the first chapter here.

Watching You by Arne Dahl – 6 July
This breathtaking new thriller is the first in what promises to be a fantastic new series by international bestseller Arne Dahl, creator of the A Unit. The book, which introduces detectives Sam Berger and Molly Blom, is fast-paced, action-packed and dripping with psychological suspense. Read the first chapter here. 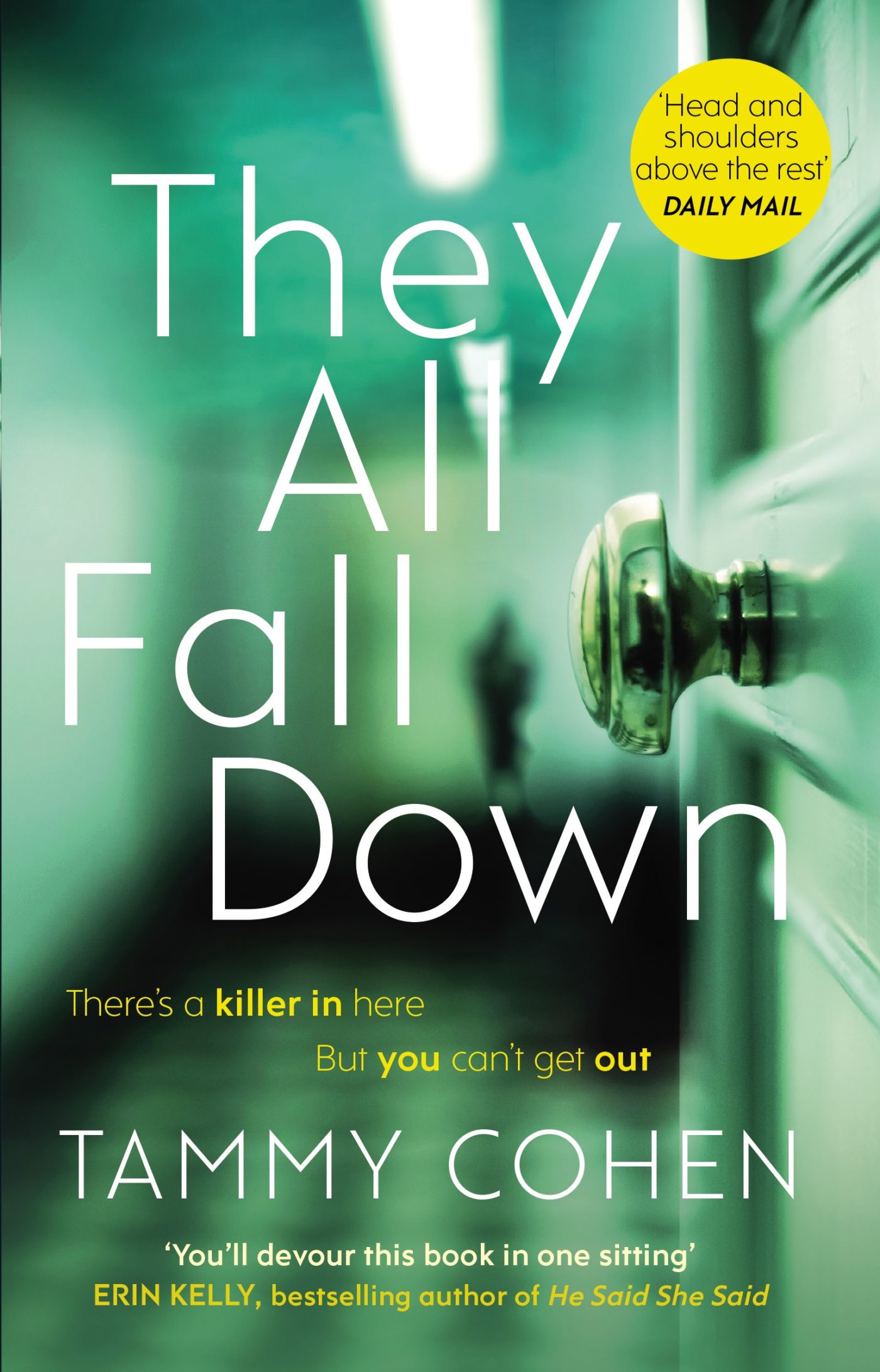 Sunday Morning Coming Down by Nicci French – 13 July
Frieda Klein is back in the latest chilling instalment of Nicci French’s unmissable series – one which finds Frieda closer than ever to her nemesis and stalker. When the psychotherapist returns to find her home has become a crime scene, she must track down and stop whoever is threatening her friends and family – or else love and loyalty will come at a fatal cost.

Final Girls by Riley Sager – 13 July
Riley Sager’s engrossing and twisty debut psychological thriller has already got people talking – including Stephen King, who dubbed it the ‘first great thriller of 2017’. If you like deliciously dark, supsenseful mysteries with curve-balls you just won’t see coming, then this book is for you. Read the first chapter here.

They All Fall Down by Tammy Cohen – 13 July
This brand new novel from Tammy Cohen is as suspenseful as they come and guaranteed to have you on the edge of your seat. Set in a psychiatric clinc, the book follows new patient Hannah as she desperately tries to convince those around her that there’s a killer in their midst, responsible for a spate of ‘suicides’ at the unit. Don’t miss it. I Am Missing by Tim Weaver – 27 July
When a young man wakes up bruised and beaten, with no memory of who he is or where he came from, he turns to missing persons investigator David Raker for help. Here at Dead Good, Tim Weaver has quickly become one of our favourite crime authors – his books are complex, wonderfully crafted page turners that are packed with intrigue, so if you’re yet to pick one up you’re in for a huge treat.

The Late Show by Michael Connelly – 11 July
Meet Detective Renée Ballard – a driven young detective trying to prove herself in the LAPD. Once one of the department’s young hotshots, she now works the notorious graveyard shift, where she hands over her investigations every morning, never getting closure. Until one night she catches two cases that she doesn’t want to part with – cases which pull her closer to her own demons.

Last Seen Alive by Claire Douglas – 13 July
From the bestselling author of Local Girl Missing comes Last Seen Alive, a twisty, claustrophobic book perfect for fans of The Widow and Missing, Presumed. The story revolves around a couple’s seemingly perfect house swap that turns out to be much more sinister and dangerous than they could ever have imagined. It’s a compulsive rollercoaster of a read that will keep you guessing until the final page. Girl Zero by A A Dhand – 13 July
Detective Inspector Harry Virdee must dive into the murky depths of the Bradford underworld in this tense and meticulously plotted thriller to find the monster who killed his own niece in a case that hits very close to home. If you like Luther and The Wire, you’ll love this dark, gritty series that oozes with authenticity.

Do Not Become Alarmed by Maile Meloy – 6 July
Do Not Become Alarmed is Maile Meloy’s compelling new page turner and the perfect summer thriller. This gripping novel about families thrown into chaos when their children disappear takes a look at how quickly our foundations can fall away, and the way a crisis can shift our perceptions of what matters most. Read the first chapter.

Sleeping in the Ground by Peter Robinson – 13 July
Peter’s latest police procedural starring DCI Banks is one of his most compelling yet. The plot revolves around a mass murder at a wedding in a small Dales church – a crime with no obvious motive, which leaves Banks with nothing but questions. If you haven’t already discovered this fantastic series, what are you waiting for? Have we missed any of the best books out in July? Let us know in the comments below!