We pride ourselves on embracing all crime fiction be it the classics, thrillers or the sixteenth book in a series. However there is a small corner of our heart reserved for this time of year when the new and exciting debut crime books are first being talked about.

We’ve gone through the list and marked up all the books we want to read (all of them) and brought you the pick of the bunch. Each book below is a debut crime novel – the author’s first book to be published, and we think they’re all great! Published on the 2nd January, Eva Dolan’s debut sees the launch of a major new detective series. Brilliantly written, this is a novel that explores issues as much as it tells a page-turning story – perfect for crime fans who want books with depth and strong characterisation.

We have five signed early reading copies of Long Way Home to GIVEAWAY!

Published on the 30th January, A Burnable Book is a historical thriller set in Chaucer’s London. Holsinger has created a rich and detailed world that you’ll be transported to another time to watch the plot give up its secrets of corruption and lies.

The Girl with a Clock for a Heart by Peter Swanson Published on the 6th February Peter Swanson debut is as electrifying as it is beautiful to look at. This thriller is about love, loss and those memories we hold closest to our hearts.

Published on 13th February, Luana Lewis has a background as a clinical psychologist which gives her psychological thriller an authentic edge. This is a deeply unsettling novel about the damage a disturbed teenager can wreak on one woman’s life.

Someone Else’s Skin by Sarah Hilary

Published on 27th February Sarah Hilary’s debut is described as bold and brilliant with a clever plot and an energetic pace. Following Detective Inspector Marnie Rome, Someone Else’s Skin is the beginning of a series and we can’t wait to see how this one pans out.

The Convictions of John Delahunt by Andrew Hughes

Published on the 13th March, Hughes novel is the tragic tale of a man who betrays his family, his friends, his society and, ultimately, himself. Set in Dublin with a rich, Dickensian cast of characters, this compelling, at times darkly humorous novel brilliantly evokes a time and a place, and introduces a remarkable new literary voice.

Published on the 27th March, Falling is a brilliant debut psychological thriller by a former police psychologist. Not only does Kavanagh have the professional credentials she’s also a deft hand at detailing the intricacies of family relationships. 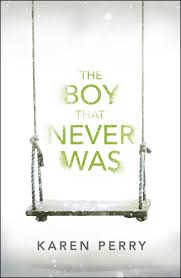 The Boy That Never Was by Karen Perry

Published on the 27th March this eery-looking book will chill you to the bone as you follow the story of missing Dillon and his parents trauma. A deeply atmospheric and masterfully crafted tale of love and loss that will keep you guessing until the end.

Published on the 10th April, Eeny Meeny is a novel of nerve-shredding intensity as a serial killer abducts pairs of victims, imprisoning them and forcing them to make a terrible choice. Perfect for fans of Mo Hayder.

The Book of You by Claire Kendal

Published on the 24th April, Claire Kendal’s debut asks the enigmatic question: how do you protect yourself from an enemy no one else can see? Terrifying stuff – this psychological thriller will have you holding your breath in suspense!

The Weight of Blood by Laura McHugh Published at the beginning of July, Laura McHugh’s first novel is gripping psychological thriller about family lies and dark secrets in an isolated community as a series of women go missing.

Published in August, Dead Good brought you news of Little’s debut when it was first acquired. Described as Mean Girls meets Gone Girl in a brilliantly sharp, clever and hugely enjoyable thriller. If that doesn’t make you want to read it, nothing will!

That should be enough debuts to keep your ‘to be read’ pile groaning all year long!