The Guest Book by C L Pattison is the new haunting psychological thriller from the author of The Housemate.

Charles and Grace wanted a quiet staycation honeymoon, but when their train terminates early due to a storm up ahead, they wonder if they made the wrong decision. Forced to take shelter in the nearest seaside town, Saltwater, they discover that there is only one guesthouse left. Unlike the rest of Saltwater, The Anchorage is entirely deserted.

That night, with the storm howling relentlessly, Grace is woken by a child crying. She is haunted by the sound, until Charles convinces her it was only her imagination. But the next day, she finds a warning scrawled in the guest book: Leave now. Do not trust them.

As the storm rages on, phone lines are down, transport links cut off. Grace is desperate to leave, but Charles remains unaffected by the eerie stillness of the house. Is it just Grace’s imagination or do the owners, and Charles, have something to hide?

Read on for an extract from The Guest Book by C L Pattison!

My legs are aching and my heart is pounding so hard I think it’s about to burst. But I can’t stop running; you’re right behind me. Another thirty seconds and you’ll be able to reach out and grab my arm. The thought sends a dark tide of panic racing through my body. I can feel it clawing at my throat, making it difficult to breathe.
‘Please come back,’ I hear you shout. ‘I don’t want to hurt you, I just want a chance to explain.’
I know you’re lying. You’ve been lying to me this whole time. My head is spinning like a merry-go-round and I can feel a sort of thunder in my chest, a shuddering sensation, like something breaking open.
At the edge of the bluff I keep going, straight down the rocky steps that lead to the beach. The steps are wet after the rain and I have to force myself to slow down, or else I’ll twist my ankle. The wind’s picking up too, it’s blowing my hair all over my face.
‘Stop running,’ you cry. ‘It’s no good; you can’t get away from me.’
I can and I will.
Only when I’ve reached the bottom step do I risk a look over my shoulder. I can’t see you, but I know you won’t have given up the chase; you’re too single-minded. I used to like that about you.
I stop for a moment and bend over, resting my hands on my knees, trying to catch my breath. At first, I don’t know what to do – I just know that I need to get away, to get away from you. And then I see the lifeboat station in the distance. You won’t risk a confrontation there; I’ll be safe.
I climb up onto the sea wall, intending to drop down onto the beach below. That’s when I realise I’ve fucked up: the tide’s in. The sea is fierce and the waves are smashing against the wall, but I’ve made a plan and I’m sticking to it.
I start running; one foot in front of the other, that’s all I have to do. I’m so focused on the lifeboat slipway up ahead that I don’t see it until it’s too late: the rogue wave that rises twelve feet into the air and comes crashing down on top of the sea wall.
As the wave swallows me, my body feels heavy, weighed down like ballast as if the sea has found its way inside me, filling me up. In that moment, I realise I’ve just made the biggest mistake of my life.
My second biggest mistake was trusting you.

When there’s still no announcement after fifteen minutes, people begin to get restless. A red-faced man with dandruffy shoulders starts pacing up and down, talking loudly into his mobile phone. Further down the carriage, a queue has begun to form for the loo. The boy who had been crying earlier has stopped and is now complaining that he’s thirsty.
Now that the train’s engine is dead, the storm outside is clearly audible. There are frequent rumbles of thunder, interspersed with the occasional flash and crackle of lightning in the distance. The temperature in the carriage has dropped dramatically. As I pull a scarf out of the backpack on my knee, the guard’s voice comes over the PA.
‘Sorry, everyone, I’m afraid we’re going nowhere tonight; there’s a tree on the line up ahead of us. Unfortunately, we have no alternative but to evacuate the train. Can I please ask all passengers to remain in their seats and await further instructions.’

Enjoyed this extract from The Guest Book by C L Pattison? Let us know in the comments below! 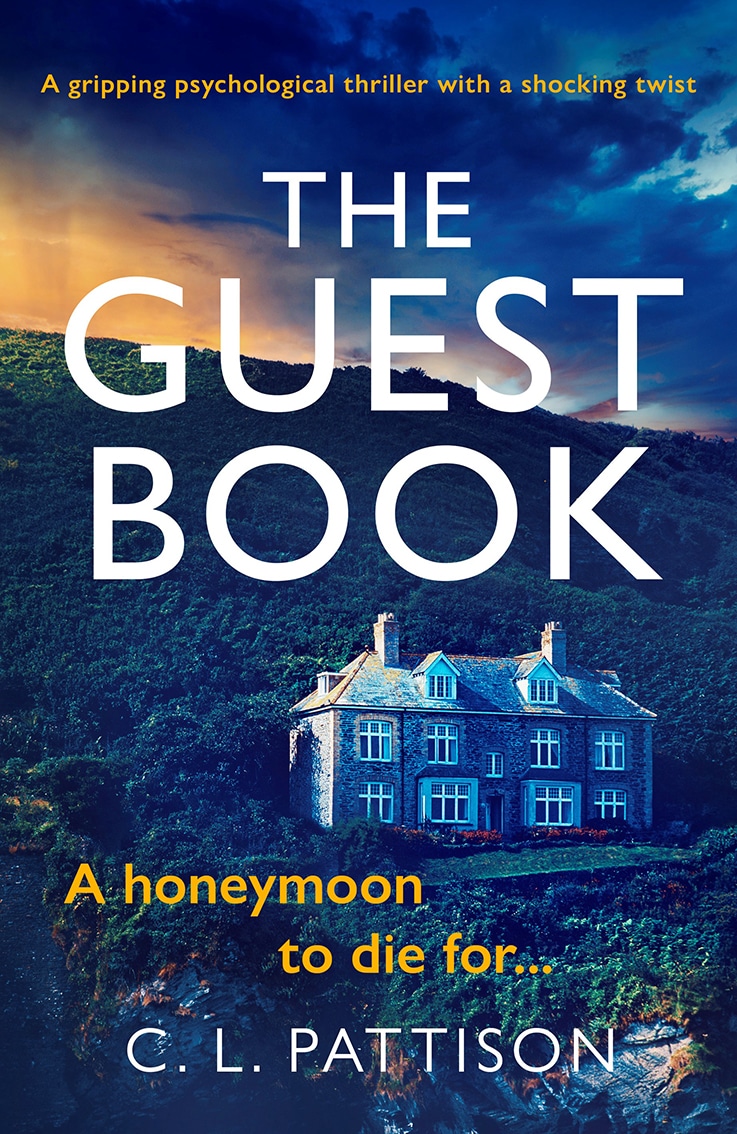 100 best crime books of all time, as chosen by our readers
21 authors pick their favourite winter reads
The best books out in January
Debut crime novels to watch out for in 2021