The best books out in October 2019

From misty mornings and crisp falling leaves to knitwear and warm cups of tea, October is full of everything we love most about autumn – and with an eerie chill lingering in the air and Halloween quickly approaching, it’s all too easy to imagine that dark and chilling deeds are afoot…

To make sure you’re prepared for the spooky season, we’ve rounded up some of our favourite new books to get excited about this month. Which will you be adding to your reading list? Blue Moon by Lee Child
29 October
In a nameless city, two ruthless rival criminal gangs are competing for control. But they hadn’t counted on our hero, the one and only Jack Reacher, arriving on their patch. With thrills and spills a’plenty, Lee Child’s new book sees Reacher confront his most dangerous opponents yet in a white-knuckle roller coaster ride of a read. Read the first chapter here.

Agent Running in the Field by John le Carré
17 October
If you loved The Night Manager or The Little Drummer Girl, make sure you pick up the new John le Carré. The master thriller writer turns his hand to the turbulent present in this unmissable new novel – one full of dark humour and unflagging tension. It’s chilling, it’s heartbreaking, and it’s guaranteed to have you on the edge of your seat.

The Benefit of Hindsight by Susan Hill
3 October
In the new instalment of Susan Hill’s gripping detective series, DC Simon Serrailler must battle with his own demons as Lafferton struggles to cope with a series of crimes that threaten both hearth and home. Packed with wonderful descriptions, this is a brilliantly crafted novel that focuses on character, exploring human motivations and relationships – and it will stay with you long after you’ve finished reading. 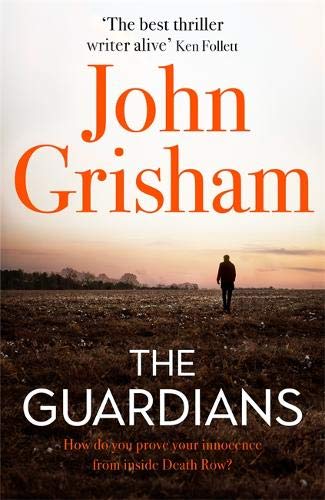 The Shape of Night by Tess Gerritsen
3 October
Rizzoli and Isles author Tess Gerritsen is back with a haunting new standalone novel that follows Ava, a woman with a dark past, as she retreats to a house that also has something to hide. It’s as chilling and creepy as they come, and the perfect spooky read for Halloween season.

Now You See Them by Elly Griffiths
3 October
Young girls are going missing across Brighton, and when one is found dead, Superintendent Edgar Stephens must keep a cool head if he’s to catch the killer. This hugely absorbing and highly atmospheric historical mystery oozes with intrigue and will have you turning the pages long into the night.

The Guardians by John Grisham
15 October
Legal eagles, rejoice! We’re counting down the days until the brand new John Grisham thriller hits shelves later this month. The Guardians sees a lawyer go up against a group of powerful, ruthless killers in an attempt to exonerate an innocent man – but they’ve already murdered one lawyer and won’t hesitate to take down another. Expect relentless suspense and first class plotting. Safe House by Jo Jakeman
31 October
Jo Jakeman’s debut Sticks and Stones had us gripped last year, and her second book is just as compulsive. It introduces Charlie, a woman who’s left prison and wants to start a new life – but when she moves to a small village in Cornwall, her past follows. Dark and pacy, with believable characters and thrilling twists that will keep you guessing, this is a clever, refreshing read.

The Ex-Girlfriend by Nicola Moriarty
31 October
Georgia’s found ‘the one’. The only problem is his ex-girlfriend, who can’t accept it’s over and will go to any extremes to get her man back. Perfect for fans of Louise Candlish and Lisa Jewell, this is an absorbing psychological thriller that you’ll struggle to put down. Just watch out for that killer twist!

Get set for the festive season

With Christmas just around the corner, these books are guaranteed to get you in the festive spirit! Death Comes At Christmas by Gladys Mitchell
31 October
Amateur sleuth Mrs Bradley investigates a puzzling Christmas crime in this classic mystery, first published in 1936 as Dead Men’s Morris. Escape to wintry rural Oxfordshire with an unforgettable detective who’s truly like no other and investigate a series of disturbing clues in this hugely entertaining story.

19th Christmas by James Patterson
17 October
The Women’s Murder Club unite to protect the streets of San Francisco once more in this thriller when Sergeant Lindsay Boxer receives a tip-off that the biggest heist ever to hit the city is being planned for Christmas Day. This is a fast-paced edge-of-your-seat thriller that doesn’t let up. You’ll race through it.

Footsteps in the Dark by Georgette Heyer
31 October
Dark secrets, an unexplained death and an old country house lie at the heart of Georgette Heyer’s festive murder mystery. It’s a classic whodunit with old-fashioned charm, a host of delightful characters, wonderful period detail and an atmospheric setting. What better way to spend the colder evenings? Have we missed any of the best books out in October 2019? Let us know in the comments below!

Looking forward to the next jack Reacher book blue moon