Sadly the photo above wasn’t taken any time recently – it was back in 2018, when Shari Lapena and I did an event together at Waterstones in Nottingham, when she was over from Canada. As you can probably tell, we got on like a house on fire, though I already knew from Twitter that she’s a really nice person – she likes cats, enough said! In fact, the morning after our event we went on a hunt to find a local Nottingham cat café, to the bewilderment of her PR (mentioning no names, but Thomas, you know who you are! 😸). The whole thing was so much fun, and let’s hope we can do book events like that again soon – one day, dear reader, one day….

But in the meantime, I spoke to Shari about her novels, her writing life, and what she would tell her younger self now.

Shari’s first psychological thriller, The Couple Next Door, was a runaway bestseller, and she’s followed it with a string of fantastic novels since.

A Stranger in the House by Shari Lapena

An Unwanted Guest by Shari Lapena

Someone We Know by Shari Lapena

Tell us about your writing journey – how did Shari the little girl become Shari the global bestseller?

Well, it’s true I wanted to write novels when I was a little girl. But it took until I was 40 to get serious about it. I started in literary fiction, and wrote a couple of novels that were published in Canada. I’d always wanted to write thrillers, but because I can’t plot things out ahead of time – I just make it up as I go along – I thought I wouldn’t be able to write a thriller, where plot is so important. But I finally gave it a try, without telling anybody. That book was The Couple Next Door, and as they say, the rest is history. No one was more surprised than me!

I’m sure you’re asked this all the time, but what is it, do you think, that fascinates us so much about crime and psychological suspense?

This is a hard question because nobody really knows the answer. I think it’s something about getting beneath the surface of things, behind everybody’s shiny life, to see what might really be going on. I think people are curious by nature. And to explore the many facets of human psychology – I think that’s fascinating for people.

You write a book a year, which is a tough schedule. What’s the most challenging part for you – coming up with a good idea each time, or the actual process of writing?

Sometimes the idea comes quickly, sometimes it takes a while. Writing the first draft is probably the easiest part for me; I find the revision process more difficult. But writing a book a year is pretty demanding, I won’t lie.

The books are all very different, set in different locations and different social situations. How do you do your research?

I’m probably a bit unusual for a crime writer in that I don’t really want to do research. Let me recast that – I would enjoy research if I had all the time in the world to go down various interesting rabbit holes. But I don’t. So if I have to stop my writing flow to do research, I feel like it gets in the way. I just want to push on. But I’ve learned not to do that because I’ve got myself into difficulty this way in the past. So sometimes I have to stop and do some research to make sure that what I’m doing is actually plausible. This is part of the problem of not planning ahead! In general, I read non-fiction on things that interest me – forensics, how to disappear, psychology etc – and I do a lot of research online. I also have a fabulous forensics expert who helps me. I would like to cultivate more experts but haven’t yet. I’d love to have a detective friend.

I often get asked whether I’d like to write a standalone – do you ever think about writing a series? Are there any characters you’ve created that you’d have liked to revisit?

I have thought about writing a series – but what stops me is that series are by nature based around the investigators. Most of my books, while they feature detectives, focus more on the individuals involved in and affected by the crime. I focus more on what’s happening from their points of view and people generally only have this sort of horrific thing happen to them once in a lifetime. The trouble with focusing on the investigators, for me, is that it would require a lot of time-consuming research! I have used the same detectives more than once, but still within a story that’s centred more on the other characters. I’m really interested in how crime affects regular people.

Do you have a favourite among your own books?

Not really. I suppose I have soft spot for my first thriller, The Couple Next Door, because it really launched me. But I don’t necessarily think it’s my best book.

If you could only take three books with you to read on a desert island, what would they be?

Oh dear… can I choose a series for one of the books? In which case, I’d take the DI Adam Fawley series. 😊 I’m a huge fan! (I didn’t pay her to say that – honest!) Also, I’d take A God in Ruins by Kate Atkinson, and A Gentleman in Moscow, by Amor Towles.

Looking back, what would you tell your younger self?

Oh that’s easy. Start writing earlier, don’t put it off. And start writing thrillers earlier. I think everyone should pursue what they really want to do; it took me a while to give myself permission to do that.

Shari’s latest thriller, The End of Her, is out now, and it’s a fabulous twisty read with a brilliant ending. And if you haven’t read any of the others I thoroughly recommend them – you’re in for a treat. 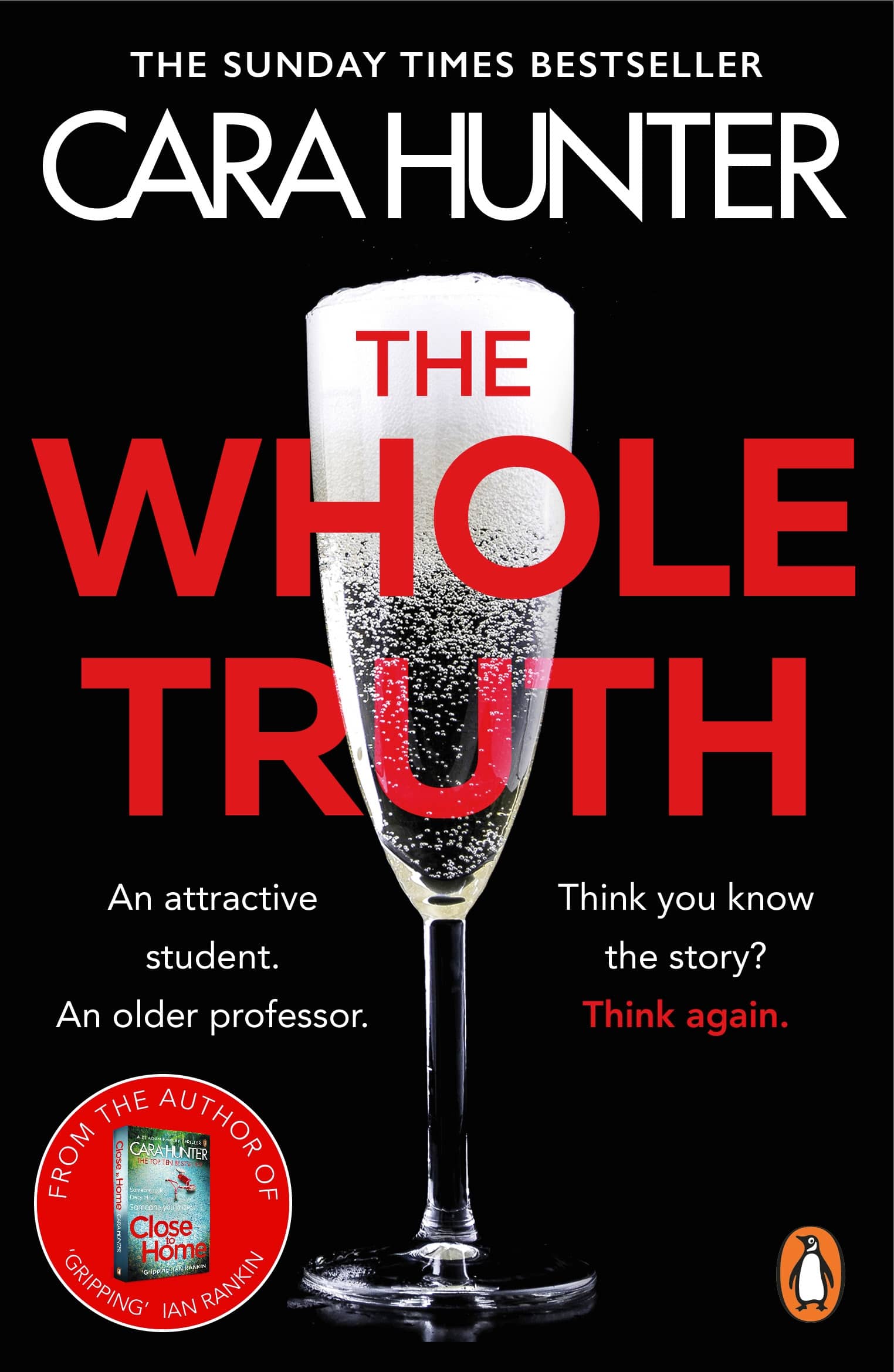