Odds are you’re still not sure who killed Danny. Or the cousins. Would you put money on it yet? Here we are at Broadchurch series 2 episode 4 – halfway through the series – and suddenly there’s everything to play for.

Much of this week’s action revolves around Sandbrook, with Ellie and Alec taking a road trip to see if they can get the case reopened due to ‘new evidence’ – the bluebells sent to Claire and her admission that Lee drugged her and she woke up to find him cleaning the house.

During the journey to Sandbrook, we find out why the case still haunts Alec so much. “I found her – Pippa Gillespie. She was in the river,” he tells Ellie. “She’d been in there maybe three days. Water rots the body. She was the same age as my daughter. I can still feel the weight of her, water dripping off her clothes all down me. What sort of a person leaves a child like that?”

In Sandbrook we meet Alec’s ex-wife, as well as Kate and Ricky Gillespie. Kate tells Alec her ex-husband was constantly unfaithful when they were together, including with Claire. Crucially, Kate reveals that Ricky was off with a bridesmaid at the wedding on the night of the murder – essentially removing his alibi.

So is Ricky now the key suspect? If not, why doesn’t he want the case reopened? And why on earth does Claire have his number on her new phone? As the camera pans slowly to a photo on the wall of Ricky’s office – a photo of a woodland scene filled with bluebells – the questions come thick and fast. 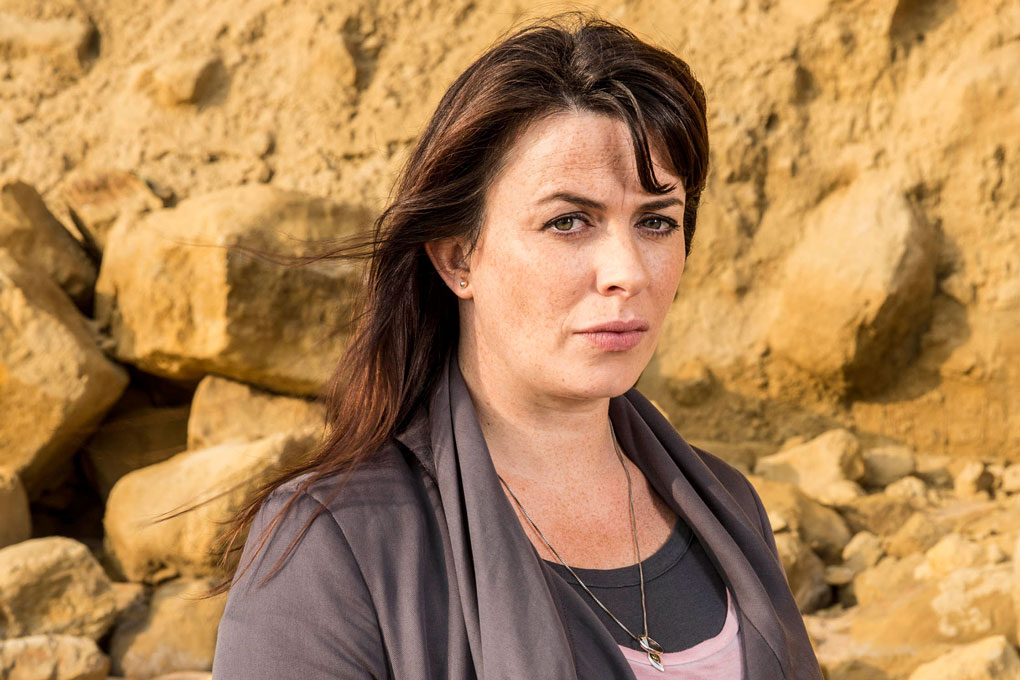 Meanwhile, back in Broadchurch, Lee and Claire are getting it back on the minute Alex has gone – a cheeky takeaway delivery from Lee and a text message is all it takes, the infatuation is so strong. And just as we’re thinking maybe Lee didn’t do it after all we see even more signs of his possible guilt, such as when he warns Claire that she better not have told the police anything. But what is the alternative storyline if it’s not murder? And did Alec really sleep with Claire as Lee insists?

Back at the trial, new witnesses take the stand. Lucy tells the prosecution she saw a man putting something in the bin at 4.45am and she was convinced it was Joe. The defence points out that in her original statement said she couldn’t be sure, and that she didn’t report the sighting until 57 days after the murder, but Lucy is adamant. “He’s my brother-in-law. I know what he looks like, I’d know him from miles off.”

A further nail in the coffin comes when one of Joe’s paramedic ex-colleagues tells the court she stopped working with him after he beat someone up in a car park while on duty. Attesting to his violent temper, the witness states “He blew. I saw him go. It was like a switch had been flipped in him.”

There’s also a sense of foreboding surrounding Tom Miller, as Mark tells him he can’t meet him any more because he’s got the baby to look after. The conversation seems to imply that Mark is really just looking out for Tom rather than anything more suspicious. “I’ve got no-one,” Tom says in tears. “You’re just gonna leave me, like my dad, like my mum.” However, someone new does come back into his life – Susan Wright (Pauline Quirke) who comes back to testify, reclaim her caravan, and apparently make amends with her son Nigel. She tells Nigel she’s dying of lung cancer. He’s not interested.

The defence decide against putting Joe on the stand as he’s terrible under pressure and flip-flopping all over the place. Even Abby, the defence barrister’s junior, is convinced he’s guilty. Instead of putting Joe on the bench that night, the defence calls Susan to the stand. She tells the court it was Nigel she saw, her son, laying out Danny’s body on Broadchurch beach.

So, four weeks in and we’ve got two new suspects, but I’m not sure the odds are that strong on either of them. I’m not much of a gambler, but I’d put my money on Claire. Something’s not right there. What do you reckon?

What did you think of Broadchurch series 2 episode 4? Let us know your thoughts in the comments below!